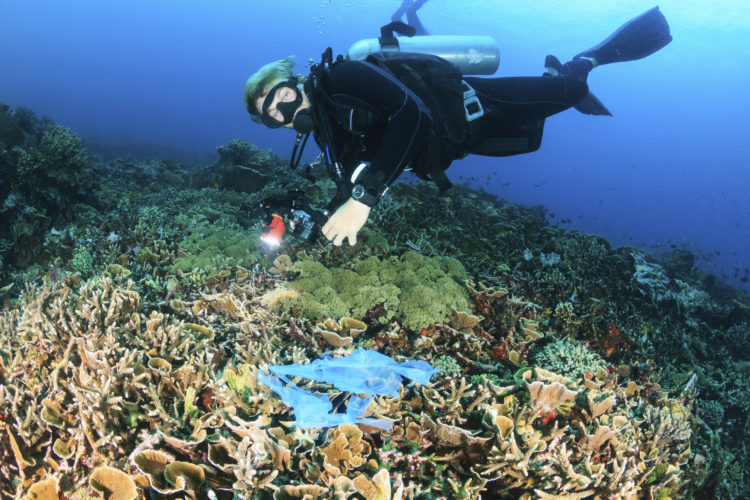 While they may be cheap and convenient, plastic bags cause a number of problems for people, wildlife and our environment.  These are just a few of the biggest reasons you should consider saying #ByeToBags.

Plastic bags easily blow out of trash cans and into trees, drains, rivers and oceans. They can clog gutters and storm drains, causing water and sewage to overflow and become a breeding ground for disease-causing germs, bacteria and insects, like mosquitoes. St. Louis has had its own challenges with flooding and storm sewers overflowing, partially due to plastic bags.

They’re made out of petroleum and natural gas, increasing our dependence on finite fossil fuel supplies. It has been estimated that 4%-8% of the entire world’s oil is used in the production of plastics. Drilling for these resources also contributes to the destruction of fragile habitats and ecosystems around the world.

According to the Center for Marine Conservation, plastic bags are among the 12 items of debris most often found in coastal cleanups. Hundreds of thousands of sea turtles, birds, whales and other marine mammals die every year from eating discarded plastic bags mistaken for food. Even if you don’t live by the ocean, your plastic bag could end up there. Bags get washed down storm drains or blown into rivers, often ending up in the ocean.  Plastic bags landing on coral reefs can decimate hundreds of years of coral growth. Plastic bags have also caused deaths in land animals (e.g., polar bears, cows) that have ingested them.

And, plastic bags that make their way into recycling bins can cause machinery breakdowns at the recycling sorting facility (Materials Recovery Facility or MRF).  When plastic bags clog up the machinery, it takes time and money to get the equipment back into working order.

Leaving A Legacy of Toxic Trash

Plastic bags take 400 – 1,000 years to photodegrade. That means they need sunlight to breakdown and any plastics that get buried in a landfill will never degrade because they do not have access to sunlight.  With sunlight, plastic breaks up into smaller and smaller pieces.  Each bit of plastic behaves like a sponge, soaking up toxic chemicals like PCBs and DDT, which can contaminate soil, water and animals that mistakenly eat the plastic bits.  When animals eat the toxic plastic bits, it ends up contaminating our food chain!

So, the next time you are faced with the option of using a plastic bag, consider the impact that bag may have for years to come and how reducing your plastic bag use can contribute to a cleaner and healthier place to live, work and play.